Production year: 1955
No. of produced cars: Information not available at the moment.

Ford unveiled the Thunderbird at the Detroit Auto Show on February 20, 1954. The first production car came off the line on September 9, 1954, and went on sale on October 22, 1954 as a 1955 model. The car used existing chassis and suspension design and off-the-shelf Ford mechanical components. It was constructed body-on-frame frame using a version of the standard Ford design cut-down to a 102-inch wheelbase identical the Corvette‘s. It was produced with a Fordomatic automatic or manual overdrive transmissions, and featured four-way powered seats and pushbutton interior door handles. Other unique features were a telescoping steering wheel and a tachometer. 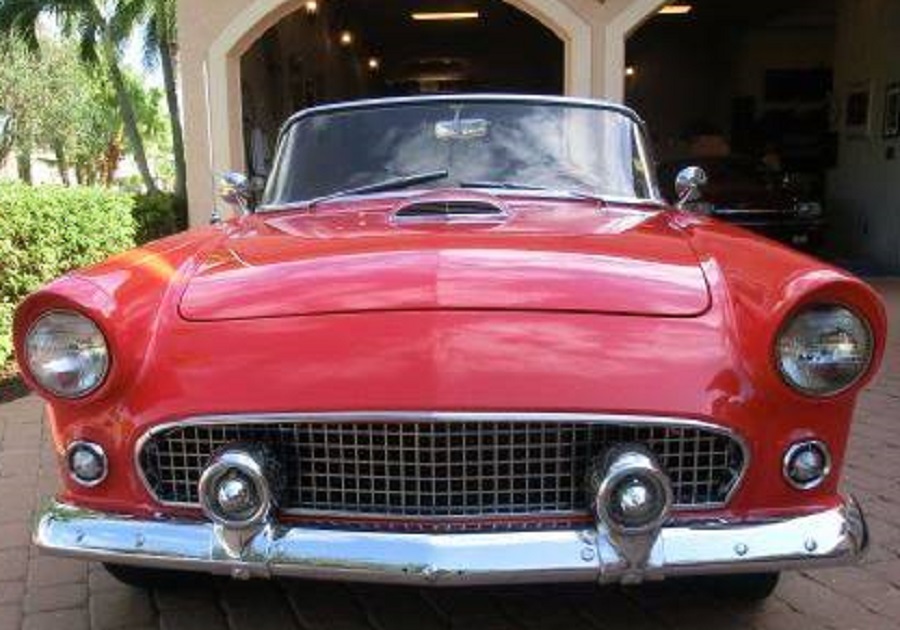 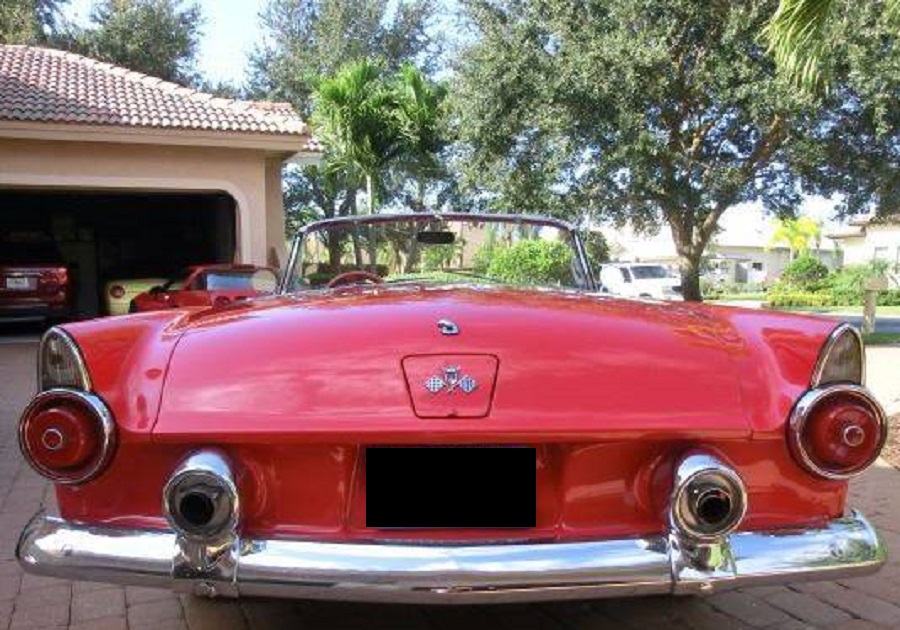 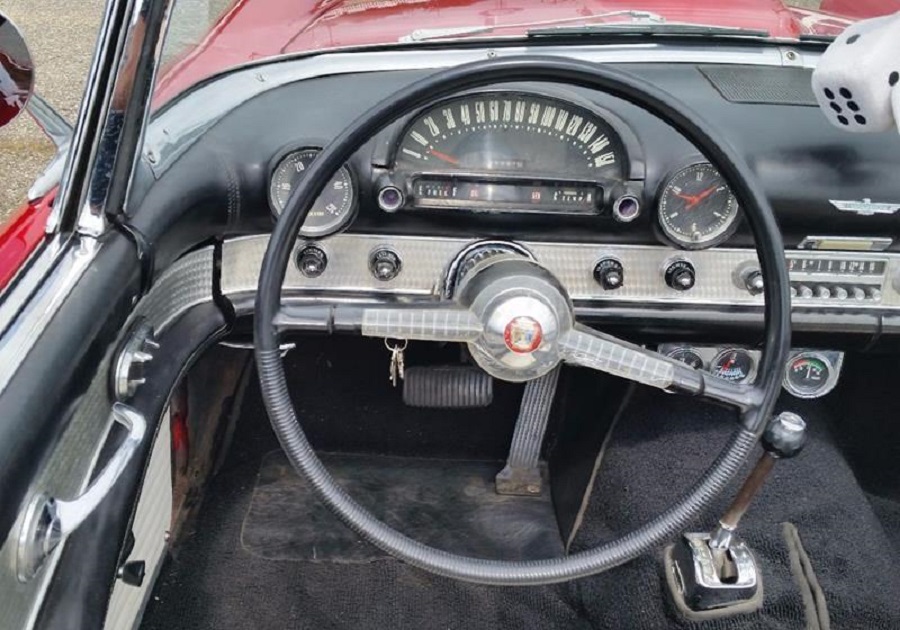